An ambient album i cannot be without.

There are a too many albums i cannot bear to be parted from to ever dream of tackling in a list form. So over the coming months i hope to just sporadically post an album here and there in the hope of conveying and overall impression of what moves me musically. On this grey Monday i think it apt that I'm sparing a thought for the ambient albums in my life . 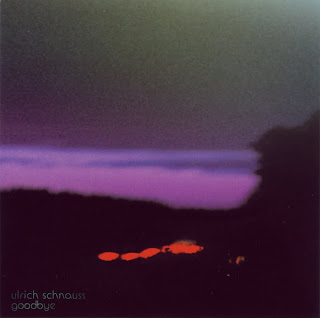 A great example of his style can be heard on the title track below.

About The Dirty Disco

"The mystery that is known as The Dirty Disco.. they've been described as 'An unhealthy dose of glam! Sleazy and above all irresistibly catchy pop!' Oh hold on, that was me"
Tom Robinson, BBC Introducing.

""A Striking Pop Extravaganza"
The Independent

"The Dirty Disco is edgy, imaginative, smart, and so many other things a band needs to change the world, one song at a time. Drop your preconceived notions of what pop music is supposed to be and just surrender to their groove."
Larry Flick, Sirius XM radio, Veteran Billboard Magazine Editor

"A London crew of ragamuffins who have excellent hair and even better eye makeup for a bunch of dance punk dudes. A vicious take on the seventies that their fore-bearers like Marc Bolan or Bowie would've employed had they had the full reign of a studio"
The Culture Of Me

"I for one am entranced! A glamorous glitterfest of their quality electrifying vivaciousness. EQ has got The Dirty Disco fever and we can’t get enough of you!"
ElectroQueer

"Pairing their signature glampop vocals with an enthusiastically dark arrangement, the band covers the song [Their cover of Florence and The Machine's 'Rabbit Heart'] in dirt and disco, and the result is definitely Beaston approved!"
Sheena Beaston

"A hyperactive Lady Gaga, but with no ambiguity about his loin-bulge...part 1950s space adventure, part Soho sex rave...wonderfully crafted...out of the ordinary!"
The Stag

"A creature has spawned so bizarre and so colourful...a new chapter in the melting pot of modern pop culture... with a refreshingly authentic ‘Don’t give a fuck’ attitude that seems to seep from every pore.. The pretense is real – Viva La Revolution!!!"
We Are Not A Rock Band

“As polished and professional as it is artsy and avant garde...an absolutely bat-shit crazy frontman. Mixes glam, electro, punk, and pop into a perfect cocktail!”
No.1 Hits From Another Planet

A masterpiece in a world entirely its own."
All Gigs